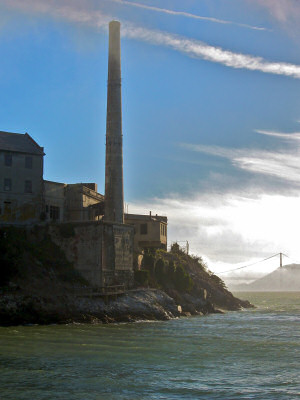 Who Was Al Capone?

Al Capone was a New York born Italian gangster who moved to Chicago in the 1920s where he led a highly visible life of crime. This was the era of Prohibition and Capone made a fortune bootlegging and smuggling in illegal alcohol to those who wanted to drink during the dry years. That wasn’t all that he was up to either; the gangster was involved in running prostitution and gambling rings, bribing elected officials and engaging in various gang-related crimes including assault and murder. The many brawls that he was in caused numerous scars leading to his famous nickname, Scarface.

Al Capone led this criminal life throughout the 1920s. The law often looked the other way, due in part to his political bribes and in part to his numerous charitable contributions to various local causes. However, Capone made a lot of enemies during this time. He was suspected of being a key player in the 1929 Saint Valentine’s Day Massacre when more than half a dozen rival gang members were murdered and that was the beginning of the end for his life of crime. In 1931 Capone was arrested.

Although he had engaged in such a variety of criminal behavior over the previous decade, what he was ultimately arrested for was income tax evasion with some minor charges related to Prohibition violations. He was ultimately only convicted on the tax evasion. He was fined and sentenced to eleven years in a federal penitentiary, the stiffest tax evasion sentence ever handed down at the time. He served the first couple of years of his prison sentence in the Atlanta U.S. Penitentiary and then the Lincoln Heights Jail. In 1934 he was transferred to Alcatraz as one of the first prisoners of the new federal prison.

Alcatraz was designed to be one of the toughest prisons in the nation. It was for the worst of the worst criminals. Even from behind bars Capone had been maintaining his gang activity and manipulating guards into giving him special privileges so he was a terrific candidate for the new federal prison at Alcatraz. The warden there, Warden Johnston, immediately cut off all contact between Capone and his colleagues. Capone was really set up to be an example to the public of what Alcatraz was all about. The type of gangster that he was had newly emerged during the Prohibition era and the opening of Alcatraz was intended specifically to tell the public that this type of crime boss was not going to be tolerated in our nation.

Although he came into the prison a strong man, Al Capone’s power rapidly weakened. This was due in part to the warden’s effectiveness at keeping him under control but there was more to it than that. For one thing, Prohibition was repealed in 1933, shortly after Capone went to prison, so even if he had been able to stay in touch with his gang there was no longer an enterprise for him to run and profit off of like there had been in the 1920s.

More importantly, Capone’s health was quickly declining. He had contracted a form of syphilis when he was younger and it began to take over his brain. By 1938 he was spending all of his time at Alcatraz in the prison hospital. He stayed there for a year before he was transferred out of Alcatraz to the California Federal Correctional Institution at Terminal Island. He was paroled shortly thereafter and his health continued to decline until he died in 1947 from cardiac arrest.

When you visit Alcatraz Island today, you’ll have the opportunity to learn about Al Capone through the audio tour that is offered there. Some of the places you will want to keep an eye out for to get the most out of the Capone history on the island include:

Al Capone is just one of the famous prisoners that you’ll learn about on a trip to Alcatraz. Others include Robert Stroud (AKA The Birdman of Alcatraz), George “Machine Gun” Kelly and great prisoner escape artist Roy G. Gardner.