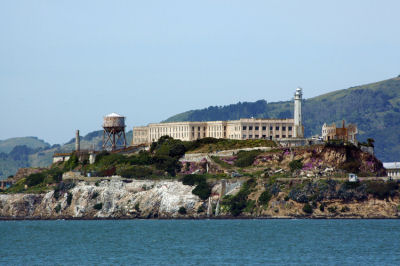 The ruins of Alcatraz Island transport visitors to a shadowy era, just a short ferry ride from San Francisco. Some of America’s most dangerous criminals spent years in the confines of this isolated prison. From the diverse flowers and birds to the prison’s crumbling walls, this coveted island tour is just minutes from civilization but feels worlds away. It’s recommended to buy tickets well before your trip; you won’t want to miss it!

Out in the middle of the San Francisco Bay, the island of Alcatraz is a world unto itself. Isolation, one of the constants of island life for any inhabitant – soldier, guard, prisoner, bird or plant – is a recurrent theme in the unfolding history of Alcatraz. The island offers a Alcatraz close-up look at a historic and infamous federal prison. Visitors can explore the remnants of the prison, and learn about the Native American occupation of 1969 – 1971, early military fortifications and the West Coast’s first (and oldest operating) lighthouse. These structures and the island’s many natural features – gardens, tide pools, bird colonies, and bay views beyond compare, are being preserved by the National Park Service. The views from Alcatraz are incredible. 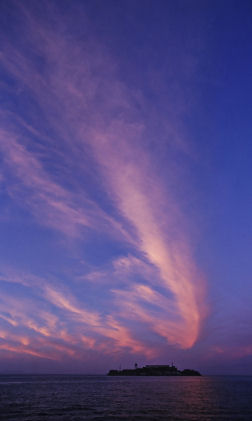 The history of the island includes military use as a fort, an army prison camp, a Native American peace community, and the location of America’s most dangerous criminals. The prison held Al Scarface Capone and Robert “The Birdman” Stroud. The island was featured in movies including Escape from Alcatraz with Clint Eastwood and The Rock with Sean Connery. For prisoners, the worst torture was how close, but unattainable, was life in San Francisco. At night, prisoners could even hear parties and laughter across the bay.

The island is also a wildlife sanctuary with birds, and tide pools filled with crabs and sea-stars. Western gull and black-crowned heron colonies are prevalent. Roses still grow by the old Warden’s house. Here is what you will see on your visit to Alcatraz.

Sarah writes, “Went to Alcatraz…kind of spiritual place not in a religious sense but felt like people from the past were watching me….you listen to a walkman with recordings from inmates and wardens as you walk round and I nearly had a complete anxiety attack in the solitary confinement cell …what a bastard of a place to spend a decade or too…..too many good views of the city..so close yet so far away…went on a guided walk and heard about the “great escapes” which was kind of cool….”